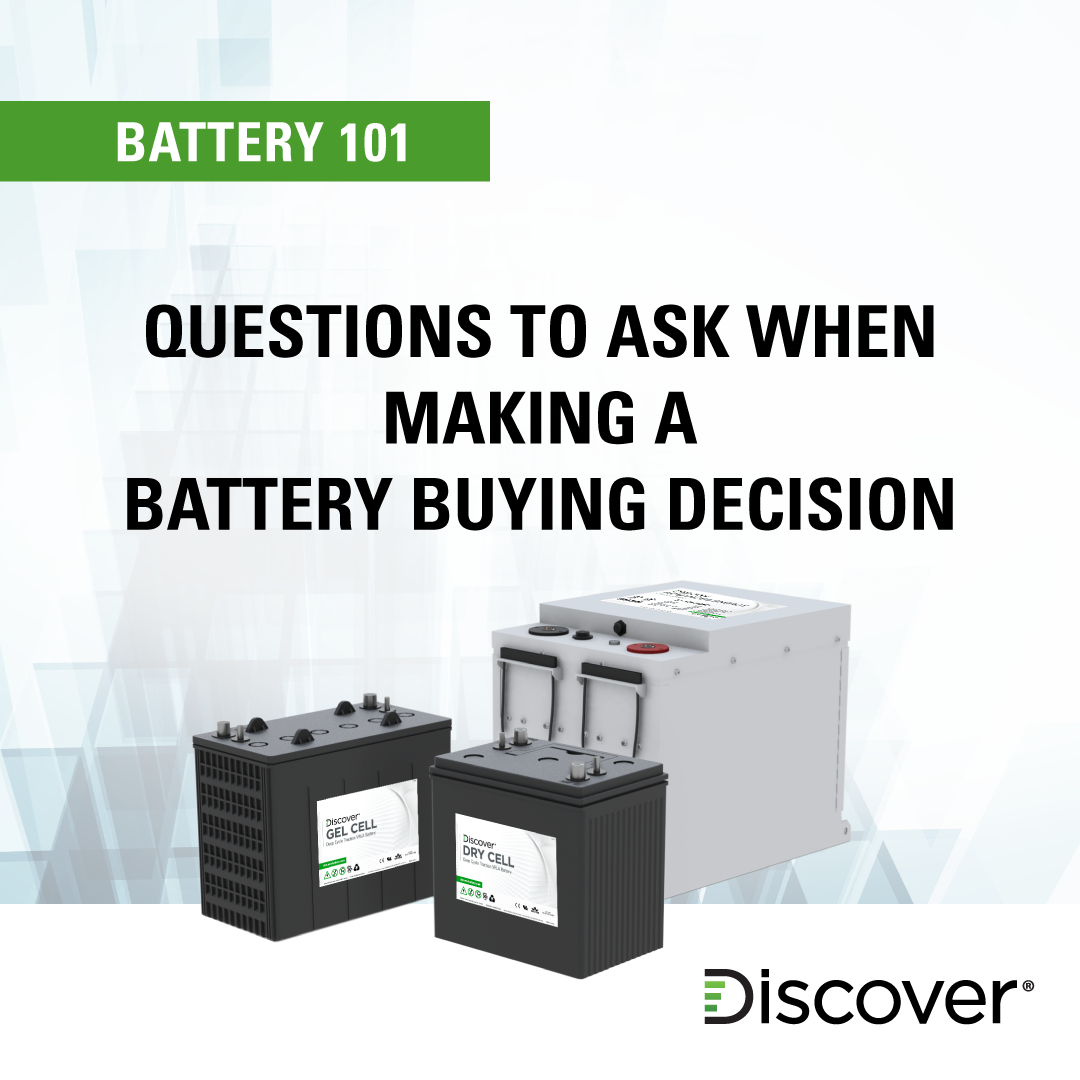 Find me on:
LinkedIn

1. Determine the amount of energy the battery will deliver in its life using test procedures recognized by world wide manufacturers and published in the BCI technical manual. This information should be available from all manufacturers and should include:

2. Determine the number of times the battery will have to be serviced in its life time as recommended by the manufacturer.

3. Determine the average per hour/minute costs of service people in your organization

4. Determine the cost of service materials over the life of the battery:

What to consider when buying a deep cycle battery

To determine the actual best “bang for your buck”, for batteries in cycling applications, you should gather the following information and perform the following calculations:

Have Questions?      We're happy to help. Reach out and Discover more Contact Us